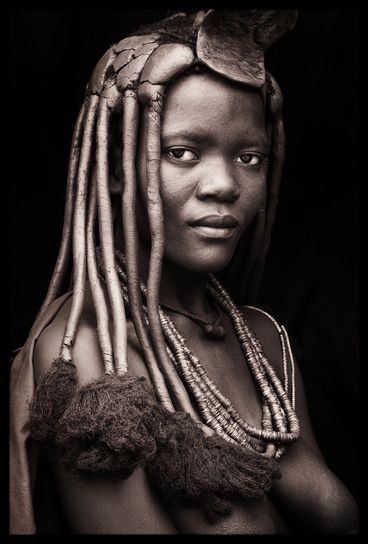 {there is beauty. rhythm. songs. respect. dignity. pride. history. struggle. resistance. in my mother tongue. everything i forget when i borrow the white man’s language.}

All transitions are hard. Nothing concerning change is easy. I know this because ever since I decided to, well not change, more like take on another name, it has been difficult. Growing up, I only remember my father calling me Giramata. He insisted on it while everyone else called me Inès. Of course, I never bothered to ask why, even now I do not know why he still chooses to call me that. Many of us, Afrikans, are not exactly taught to celebrate our Afrikan names (or rarely do we).

Changing or transitioning names can either be successful or a complete fail. For example, Cassius Marcellus Clay changed his name to Muhammad Ali and that’s we know him as today (no one even knows the whole Clay thing unless you’re researching him). Or my personal favorite, JoAnne Deborah Byron whom we know as the fierce Assata Shakur! However, someone like Stokely Carmichael who changed his name to Kwame Touré but still continues to be referred to as Carmichael- is an example of a failed name transition. I researched so hard hoping to find THE KEY to a successful name change but there was not a pattern.

In college, I made a couple of Afrikan friends who went by their Afrikan names. There is this phenomenal, brilliant, smart and caring lady from Nigeria called Oluwabusola Shifatu. From what I know this means “addition to wealth” like a wish and a blessing bestowed upon her of wealth, success and so forth (coincidence cause that’s what my name also means). I also have a friend from Ghana called Ohemaa Sefa-Dapaah and she goes by Ama. Both Ama and Ohemaa are such fabulous names and she exhibits every single definition. She is a true queen of the Asante tribe. Sometimes I envy them because, you know, they are called by their Afrikan names. Their names are like an addition and emphasis to their identities. Their names prepare you to meet a new culture and a history lesson.

[Tweet: “I’m tired of people asking me “what’s your English name” do I look English? Why should I have an English name?” “Or ‘what’s my modern name’ as in you’re calling my name backwards therefore calling my culture backwards.”]

In Rwanda, there are different ways of naming children. I will just talk about the ones I am familiar with. You can have two names; one Kinyarwanda and one English like Karabo Tamara (Karabo means flower). You can also have two names; your Kinyarwanda name being your family name and your English name being the sole differentiation in the family, as in Mwami David (Mwami means King). You can also have three names where you possibly have 2 Kinyarwanda names and one English like Mwiza Karangwa Rosaline (Mwiza means beautiful). In all these cases, 99.99% of the time, the child will go by their English name not their Kinyarwanda one. If the child has two Kinyarwanda names like Akazuba Gaju (Gaju is a name given to one of the most beautiful and prestigious cows and Akazuba means a small sun), the only options there are, are all in Kinyarwanda so they will go by a Kinyarwanda name.

{uwera. my ancestors called my sisters. but english refuses to see the innocence in women. that look like me. black like the night. beautiful like the light of the moon. i am not shocked. how can i expect english to recognize the diamonds covering my eyelashes. and the gold holding my orbit? english does not know me. it cannot recognize what it has never known.}

My younger sister is called Teta Iris; both beautiful names with beautiful meanings just like her. When she was like 0-5 years old, we called her Iris. Then one day, I do not know how or what happened but we started calling her Teta. And that’s what 99% of people call her even now. My little brother is called Ganza. I honestly do not know his English name (maybe he does not have one). Even when you ask him what his name is, the little guy says Ganza only and ignores you if you ask him his second name. Of course it is there but it obviously does NOT compare to the magnificent blessing that comes with parents wishing you to “kuganza” “kuramba” “kuzahora ubaho”.

So, like the person I am, knowing I am the captain of my life, I decided to switch names and go by Giramata or Amata. After 18 years of being called Inès, it is not easy for my family or friends to transition, especially because most of them do not understand my reason for wanting to. However, many people who know of my work as a Pan-African and other activist work, they call me Amata ignoring I even have “Inès” as a name. I know people have better reactions to me when I introduce myself as “Inès” than “Amata” and there may be consequences in the future for this, for example, getting rejections for jobs simply because of my name. However, it really does not matter because so long as I have Giramata some where in my name, first or last name, they will have these perceptions of me. Plus, even if I changed my name to Anne Inès to get something like a job, it would not stop white supremacists from treating me like a second-class citizen.

I never understood why many students from China, Japan, Vietnam or South Korea had to come to college with an “English” name. It occurred to me once that it had nothing to do with the fact that maybe their names were hard to pronounce. We simply normalized the hegemonic process where the entire world gets English names. You may not know their name but when you ask them, you EXPECT an English name not a native one. It is BIZARRE and unfair that you will look at a Chinese student as subconsciously force them to tear away a part of their identity. If names were not a tool of empowerment and a way to reclaim our Agaciro, then we would not have leaders of various social justice movements reclaim themselves through names. My name is a sword. When I say my name is Giramata, I speak power- I speak emancipation upon future generations.

[My name is Amata, as in milk. My elders’ hearts dance at the sound of my name. the rivers and lakes of Rwanda tremble at the call of my name. Amata. I have become the shared conversation between my ancestors and my generation. My name is Amata. Said as it is written. Easier to say than the white man’s name. but he refuses to untie his tongue. Even when I allowed him to use his syllables. He wont say my name. Amata. He knows that is the call to my ancestors. He knows saying Amata. Is to feel the pain he caused my people. So I am not surprised, he insists on me being Inès.]

I am so excited for this journey. I love the sound of friends calling me Amata. Right now, I just changed my signature on emails to Amata and called home to change my name on my ID. I just dropped Inès.

12 Replies to “Reclaiming our identities through names: from Inès to Amata”

On Afrika, Feminism and Art